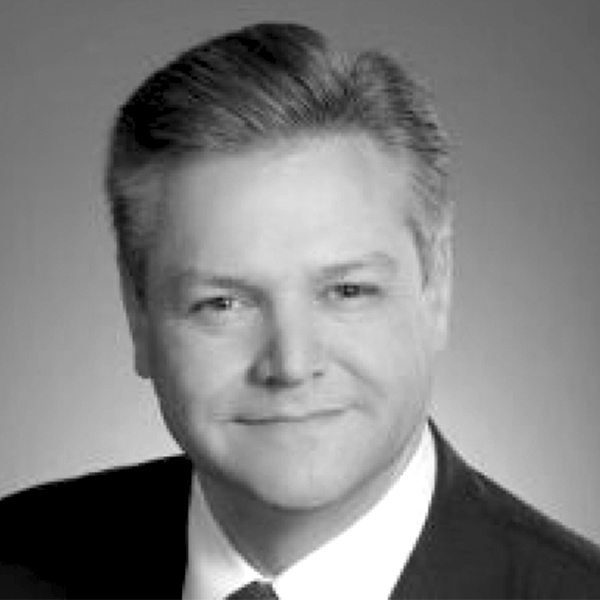 Philip joined Great-West Life in January of 2016 and is currently responsible for all technology strategy, delivery, infrastructure, procurement, and operations, with a focus on technology architecture, cyber security, digital transformation, hybrid-cloud enablement, employee productivity, big data analytics, A.I., and robotic process automation. Reporting to the CEO, Philip is a member of the Executive Management Committee. Prior to joining Great-West Life, Philip held global roles as the Chief Digital Technology Officer for Sun Life Financial and the Chief Technology Officer for Manulife Financial/John Hancock. Philip holds a Bachelor of Administrative Studies from York University and a BTEC from Leeds University (Keighley College). 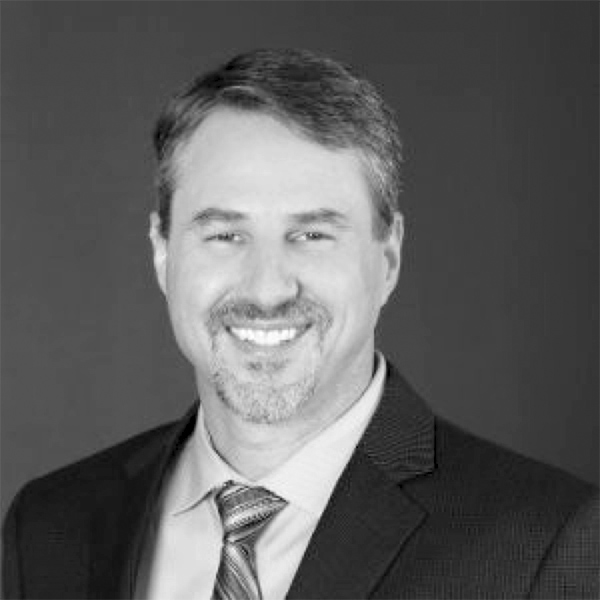 Ken Athanasiou oversees AutoNation’s information security functions. He has extensive experience in data security, data risk management, and the resolution of security problems. His career spans 23 years and includes senior positions with companies in the retail, banking, and financial service sectors as well as seven years of service in the United States Air Force. 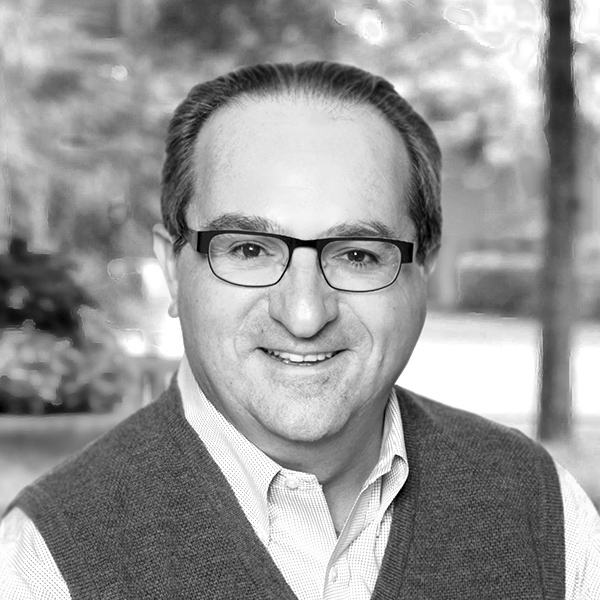 Larry Biagini recently retired as Vice President and Chief Technology Officer of GE. While at GE, Larry’s focus was on upgrading infrastructure, employee services, and deploying cloud technology enabling secure usage of those services by GE’s employees, customers, and partners.

In his twenty-six years at GE, Larry held various positions in Information Technology including Vice President of IT Risk, having responsibility for all aspects of risk, governance, and security; Vice President & CIO, GE Capital; Chief Technology Officer, CIO & Services Delivery for GE; and Chief Technology Officer for GE Aviation. During his tenure at GE, Larry was instrumental in driving successful technology integrations of global mergers, acquisitions, and divestitures. In 2012 Larry was named a GE Company Officer. Larry holds a Bachelor of Science in Accounting from Fairfield University. 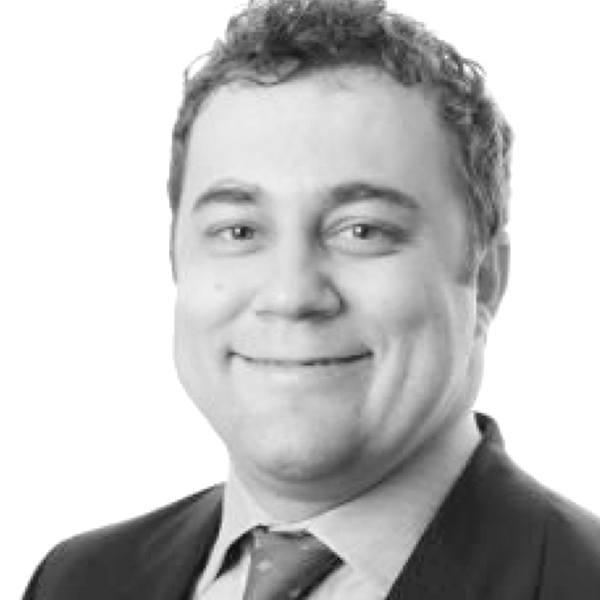 Hervé Coureil joined Schneider Electric in 1993 and has been the Chief Digital Officer since June 2017. Prior to assuming this role, Hervé served as CIO and was responsible for information technology, processes, and organization globally. Previously he was the CFO for the Critical Power and Cooling Services Business Unit of Schneider Electric. Hervé’s responsibilities included overseeing legal, IT, and strategy. Hervé holds a master’s degree in management from Reims Management School and is a graduado en Ciencias Empresariales Europeas from ICADE in Madrid. 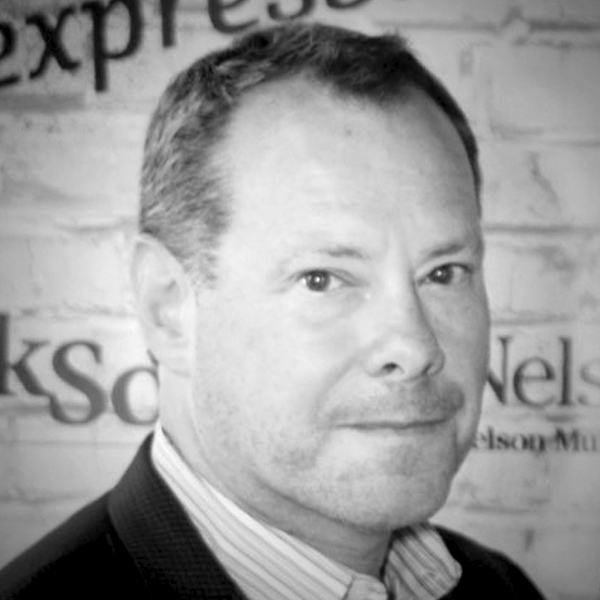 Joe Drouin is vice president and chief information officer for PulteGroup Inc., one of the nation’s largest homebuilders. In his role, Joe leads all aspects of information technology for the company and is based at the company’s headquarters in Atlanta, GA. Prior to joining Pulte, Joe was SVP & CIO for Kelly Services, Inc. in Troy, MI, where he also ran the company’s global service organization. Before joining Kelly, Joe was chief information officer at TRW Automotive Holdings, where he also led a team responsible for global supply chain logistics. Joe’s background includes substantial international experience, including a number of years living and working in Asia and Europe. Joe earned an MBA from the University of Western Ontario and holds a bachelor’s degree in management information systems from the University of Memphis. 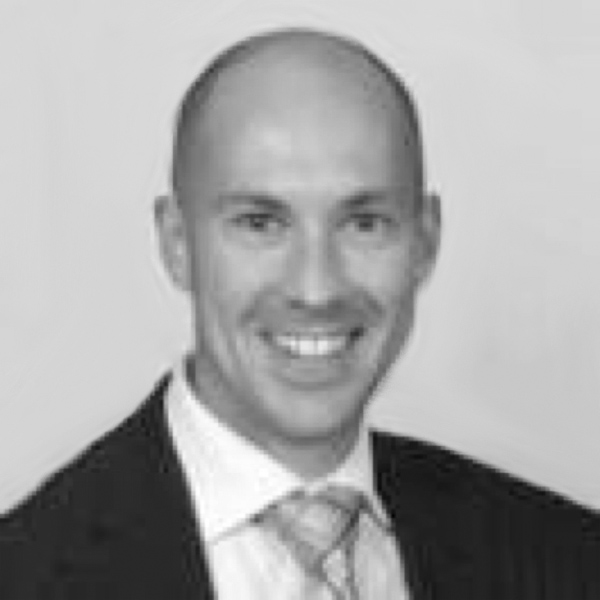 Tony Fergusson is an Infrastructure Architect, working with many technologies within the enterprise with a focus on security. Tony has over 20 years of experience in the IT industry and has been recently focusing his efforts on how to secure the enterprise and the Internet of Things using emerging technologies like software defined networking and cloud security. Tony is also the former Senior System Engineer at OneNet. He earned his Bachelor of Engineering degree in Software and Electronic Engineering from the Central Institute of Technology in 1995. 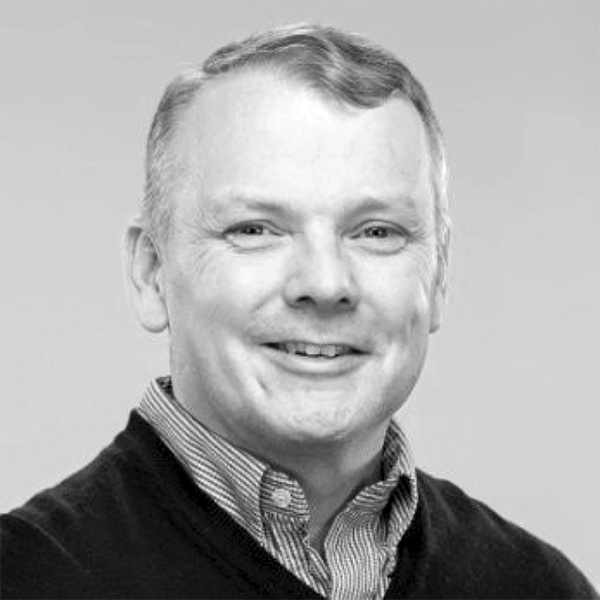 Jim Fowler is Executive Vice President and Chief Information Officer of Nationwide. In this role, he is responsible for the company’s technology strategy, IT capabilities, and business transformation programs. Prior to joining Nationwide in 2018, Jim was Chief Information Officer for General Electric, where he led the company’s global information technology strategy, services, operations, and internal digital transformation program. Prior to his 18-year career at GE, he held IT roles with NCR and Accenture. Jim holds a Bachelor of Science degree in Management Information Systems and Marketing from Miami University, and a Master of Business Administration degree from Xavier University. He is also a certified Six Sigma Black Belt. Jim serves on the Information Systems Advisory Board at Miami University and as a national board member for Year Up. He is well recognized for his results-oriented leadership style and his ability to drive innovation,and was recently recognized by Forbes with the CIO Innovation Award. 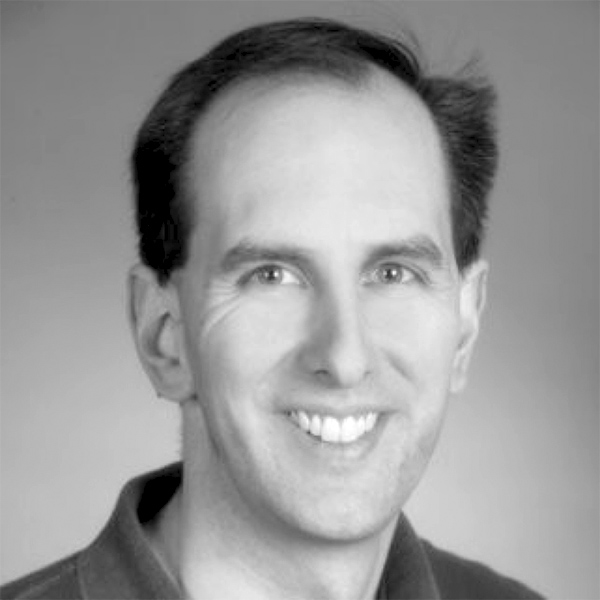 Scott Guthrie is best known for his work on ASP.NET, which he and colleague Mark Anders developed while at Microsoft. He runs the Microsoft Azure team as well as the development teams that build Windows Server, Microsoft SQL Server, Active Directory, System Center, Visual Studio, and .NET. Guthrie graduated with a degree in computer science from Duke University. He joined Microsoft in 1997. 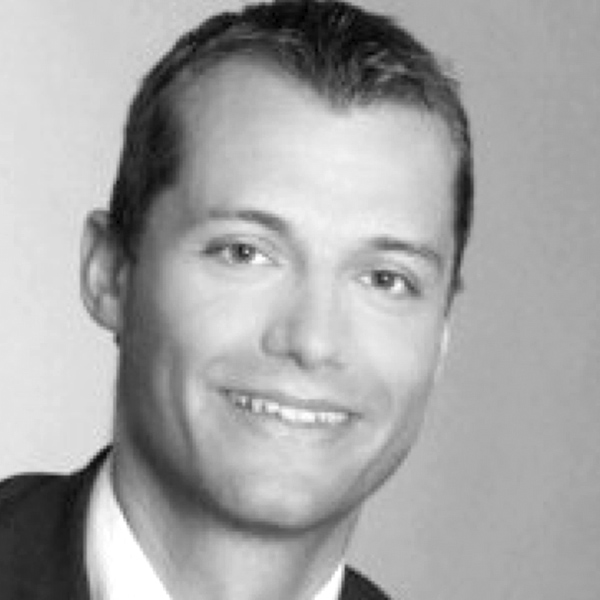 Over an 18-year career, Frederik served nine years in various roles focused on software development, software engineering, software architecture, database systems, database development, and web application before becoming Head of Corporate Governance for IT Infrastructure at Siemens in 2012. He has held his current role as Global Head of Service Portfolio & Lifecycle Management, IT Infrastructure, since 2014. He studied computer science at Steinbeis-Hochschule-Berlin. 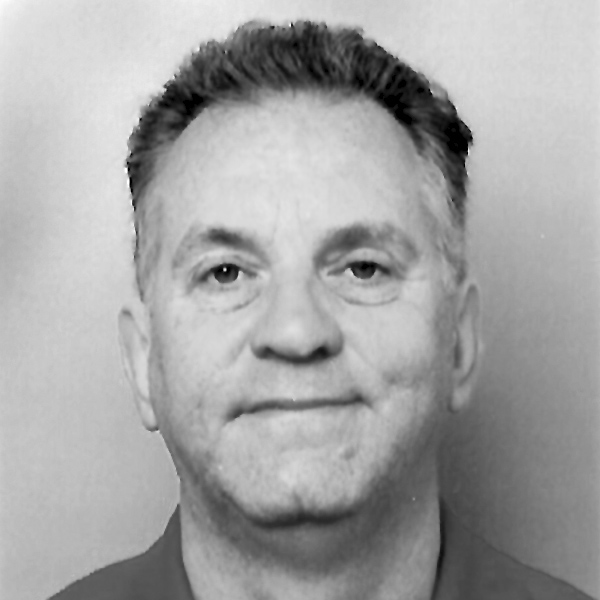 Erik is an ICT Telecommunications Manager and Infrastructure Architect with extensive experience in Telecommunications Strategy and ITT/RFP program management and vendor management on a global scale. His career has spanned 25 years in the IT industry, with almost 14 years at Jones Lang LaSalle and 6 years at FrieslandCampina in different roles. His areas of focus include: designing and implementing a phased approach to zero-trust networks, the effect of Bring Your Own Device (BYOD) on enterprise security and compliance, and architecting and designing a new global SD-WAN environment for FrieslandCampina.

Bruce is an expert CIO/COO, having run and transformed some of the country’s most critical financial systems’ infrastructure and operations. He is focused on creating the skills and culture needed to ensure Tech and Ops can support corporate strategy execution in the world of digital disruption and transformation. 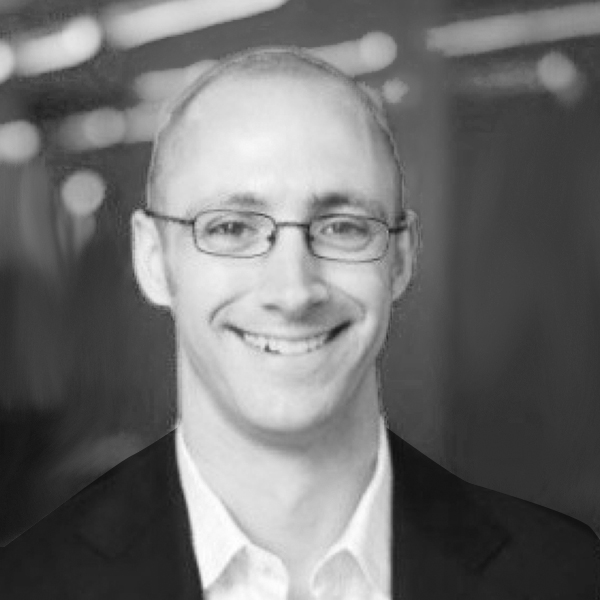 General Manager, Amazon Web Services; author of Ahead in the Cloud: Best Practices for Navigating the Future of Enterprise IT

Stephen spent his first three and a half years with Amazon as the Global Head of Enterprise Strategy, where he oversaw AWS’s enterprise go-to-market strategy, and invented and built AWS’s Migration Acceleration Program (MAP).

Prior to joining AWS, Stephen was the CIO of Dow Jones, where he introduced modern software development methodologies and reduced costs while implementing a cloud-first strategy. Stephen also spent 11 years at Bloomberg LP, holding a variety of leadership positions across their equity and messaging platforms, before founding Bloomberg Sports in 2008, where he served as CTO.

Alex Philips is the Chief Information Officer of National Oilwell Varco (NOV). In this position, Alex is responsible for overseeing all aspects of Information Technologies, Systems, Applications, and Security to further strategic goals. Alex joined Phoenix Energy Services, now a part of National Oilwell Varco, in 1997 as an IT Network Administrator. During Alex’s 17-year tenure at NOV he has served in various roles including IT Infrastructure Manager, ERP Director and, most recently, Chief Information Security Officer. Alex is a graduate of Rice University with a Master of Business Administration. 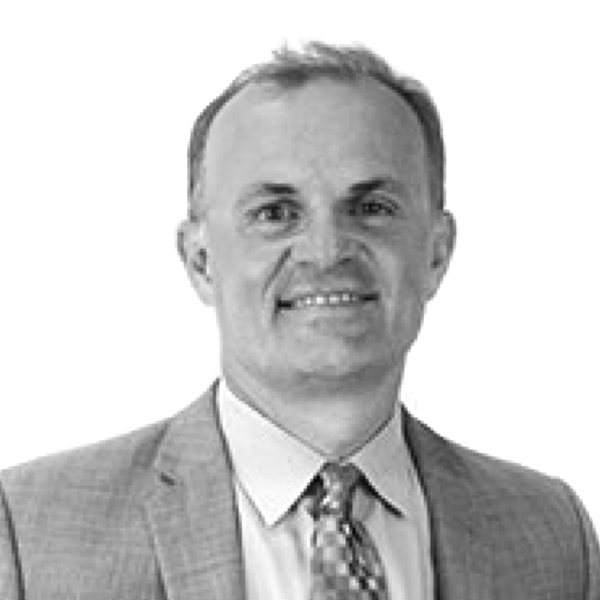 Jim has worked in the information security industry as an entrepreneur, writer, speaker, technologist, and business strategist. His innovative ideas about emerging security trends are widely published and presented. In 1998, he founded SecurityPortal, then the largest information security website. As the Cloud Security Alliance’s cofounder and CEO, he is shaping the future of information security and technology industries. He received a BA in business administration and computer science from Washington University, where he serves on the alumni board. 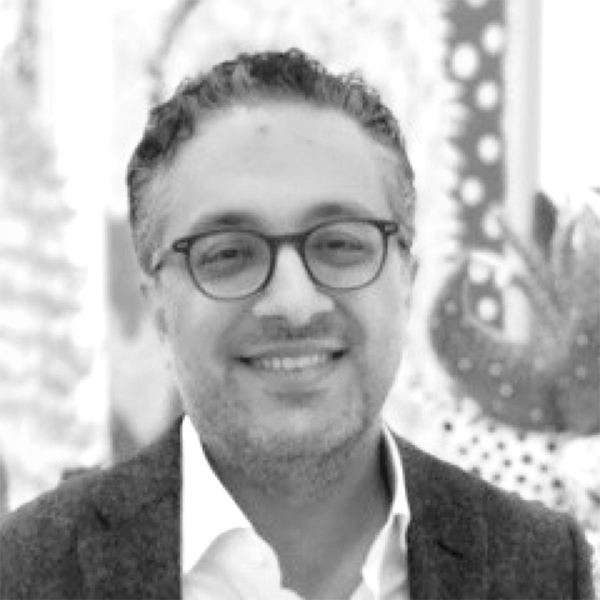 Before joining Google, Tariq was Chief Commercial Officer of Caesars Entertainment Corporation since October 2014 and its Executive Vice President since March 2012. Tariq served as Chief Marketing Officer of Caesars Entertainment Corporation from March 2012 to October 2014. Prior to this, Tariq was a Principal at McKinsey & Company from July 2009 to March 2012. He also served as Engagement Manager from 2005 to 2007 and as Associate Principal from 2007 to 2009. He earned his BS in Mechanical Engineering and MS in Technology and Policy from MIT, and a master’s in Mechanical Engineering from Stanford University.

As CIO, Darryl oversees the implementation of innovative solutions and is responsible for all aspects of information technology, information security, data, and analytics across the global organization. Prior to Kelly Services, Darryl was a Director of IT operations for TRW Automotive’s global manufacturing plants. He earned his BS in Computer Science, Mathematics, from Western Michigan University.